Mignonnes – A Coming-of-Age without The Novel 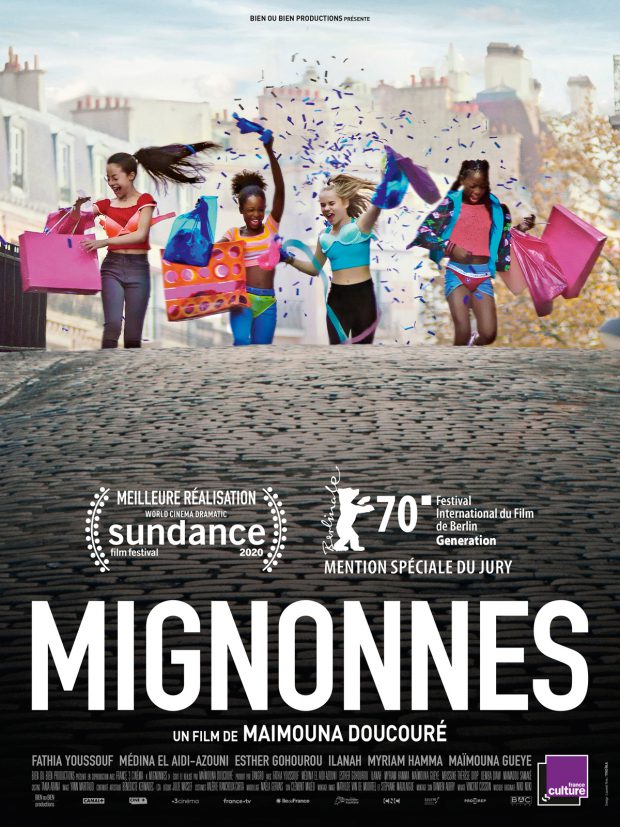 A family, but whose heart is broken by a father taking a second wife. A culture, but one that cannot be passed on, only instilled. Friendships, but for which intimidation and competition are the sole glue. How can freedom’s fascination become a principle of destruction? Mignonnes violently answers this incipient question, leading ineluctably to an immersion in uneasiness. All values are corrupted and dance, a living symbol of emancipation, becomes voyeurism. These young women’s bodies, whom we would like to believe are still children, give themselves to a conscious and sexualized movement, swaying their hips to the rhythm of growing frustration. If the provocation is constant, it is a living response to humiliations: the lack of intimacy, the clichés accompanying every growing woman and the prohibitions surrounding her. Yet the movement gets carried away, creating an accepted violence. Mignonnes is an ambitious film whose excessive explicitness sometimes betrays its purpose, which yet manages to force the viewer to look and question, refusing itself to compromise, likewise its dangerous heroine.